I’ll say right off the bat that I’m Christian but not Catholic – which is important, because I feel like how you receive this movie depends a lot on your faith background.  To non-people-of-faith, it may seem like an irreverent satire of religion.  Some Christians will likely take it the same way, but others may see it as an affectionate parody that pokes good natured fun at organised religion while celebrating the Gospel.  For my part, I certainly have issues with it: it perpetuates several stereotypes, the crude humour can get tiresome, and how on earth is the world still ticking along with God in a coma???  However, as a Christian, I have to appreciate a film that takes faith seriously enough to laugh at it!

The movie gets automatic points for having a whole bunch of asexual characters.  The only catch is that they’re all angels, which means they experience their asexuality very differently from humans.  Moreover, even the heavenly creatures seem oddly invested in sex.  On the one hand, Metatron dismisses sex as a joke.  On the other hand, Loki expresses a wish he could get laid, and Bartleby worries about coming off as gay.  There’s also a less-than-ace-friendly moment when Rufus mocks the idea of Saint Mary maintaining her virginity after marriage.  The film also features plenty of sexual humour.  Jay bugging Bethany to have sex with him might be considered cute the first couple of times, but there’s only so much sexual harassment one can laugh off.  In fact, all the men who aren’t angels are pretty horny, reinforcing an unfortunate gender stereotype.  That Bethany, who is divorced, comes off as comparatively indifferent to sex seems like the flip side of this stereotype, rather than a sign of potential aceness.  Still, the movie does conspicuously avoid including a romantic sub-plot and subverts the idea that a woman cannot be fulfilled without a male love-interest.  In contrast to Liz’s suggestion, Bethany’s faith is restored, not through sex with a man, but through an honest-to-goodness spiritual encounter, culminating in a non-sexual conversation with another woman!

Character: Metatron (herald of the Almighty and voice of the one true God)

Metatron is explicitly – and graphically – asexual, lacking both the organs and the inclination to engage in sexual activity.  That does not make him cold or emotionless, however.  He has a snarky, acerbic exterior and underneath it a caring heart.  His story of having to tell the twelve-year-old Christ his destiny reveals a touching capacity for tenderness towards the scared child.  He takes a similarly avuncular attitude towards Bethany, showing compassion for her unfair lot even while telling her to suck it up and deal.  Metatron is also blessed with a real and intimate relationship with God – a spiritual closeness that doesn’t so much forbid sex as make its importance pale in comparison.

Since we’ve already established that he is, there’s no need to imagine! 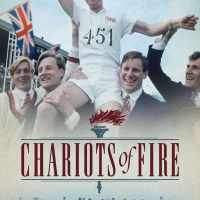