This post was written for the January Gender Exploration Carnival.  This month’s theme is “Old & New”.

The theme for this month’s Gender Exploration Carnival is “Old & New”, which gives me an opportunity to talk about something I’ve been thinking about lately: old and new ways of using vocabulary.

Words like “man”, “woman”, “he”, “she”, etc. can be used in at least two ways: to indicate sex and to indicate gender.  “Sex” is a set of anatomical features.  “Gender” is an internally felt sense of identity.  Growing up, I wasn’t really familiar with the concept of gender; I only knew about sex.  So I tend to think of the sex-based definition as the “older” one and the gender-based one as “newer”.

We often talk about certain nouns and pronouns being “gendered”, which can give the impression that these words only ever refer to people’s genders.  But using these words to talk about sex, regardless of gender, is still common in many contexts.

One is when talking about history.  In most cases, we have no way of knowing what gender historical figures were.  We refer to them with the words and pronouns that their contemporaries used, and those words were generally assigned based on physical anatomy rather than personal gender identification.  Was Cleopatra a female-gendered person, or Joan of Arc, or Elizabeth I?  Was Jesus a male-gendered person, or Genghis Khan, or Shakespeare?  In most cases, there’s no way of knowing.  If these figures had been educated about the sex/gender distinction or had felt comfortable adopting labels different from the ones they were assigned, many of them might well have chosen to identify as trans, non-binary, or genderless.  But, in most cases, that wasn’t an option, and so we continue to refer to these people with the words used to indicate physical sex.

Another is in fiction.  In some works, words may be used to indicate characters’ genders; in others, the same words may indicate characters’ sexes.  And it can be hard to tell which is which.  Is Hamlet male-gendered, or Bilbo Baggins, or Luke Skywalker?  Is Jo March female-gendered, or Celie, or Dana Scully?  One person’s interpretation may be that they are, while another person may interpret them differently.  Personally, I view all these characters (and, indeed, most fictional characters) as genderless.  Thus, words like “prince”, “sister”, “woman”, or “he” may be used of these characters without saying anything about their gender.

Most importantly (to me), words can be used to refer to sex when talking about people like me.  I don’t have a gender identity; I don’t understand what gender is; and I don’t wish to be thought of in gendered terms.  So you’re free to use words like “woman” or “she” to talk about me, but only if you use them in a non-gendered sense.

In “On (Not) Being a Woman”, I speculated that one day we might come up with different words to talk about people’s sexes, and that words like “man”, “woman”, “he”, “she”, etc. would only be used to talk about gender.  But, thinking about it more, I realise that’s unlikely to happen.  It would require us to re-write all our historical books with gender-neutral words for most historical figures.  We would also have to start using gender-neutral words to talk about many fictional characters.  And I’m not sure how many cis-genderless people would appreciate having words like “man” and “woman” taken away from us and being forced to use neologisms to describe ourselves.

4 thoughts on “Different Ways of Being a Woman” 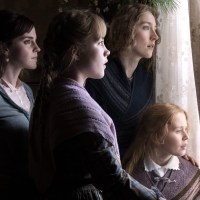